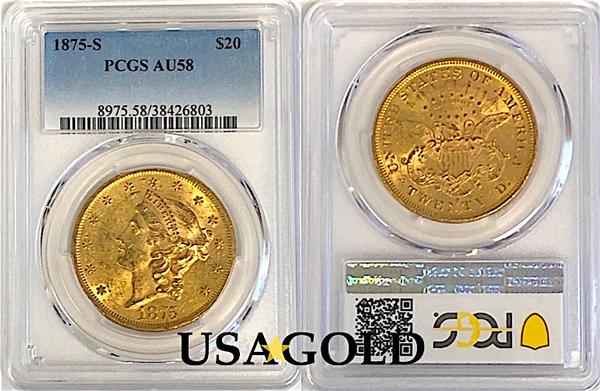 We just closed a deal on a very limited batch of (50) AU58 $20 Liberties dated 1875-S, encapsulated and graded by PCGS (Professional Coin Grading Service).  And what a deal it is.  These are the Type II variety liberties that were minted from 1866-1876, and preceded the more commonly seen Type III varieties minted from 1877-1907.  The significant design difference is the currency value reference 'Twenty D.' as opposed to 'Twenty Dollars' seen on the reverse of the coins.  Despite the added age and nearly uncirculated condition, we are able to offer these at a discount to the pricing of a standard uncirculated Type III $20 Liberty.