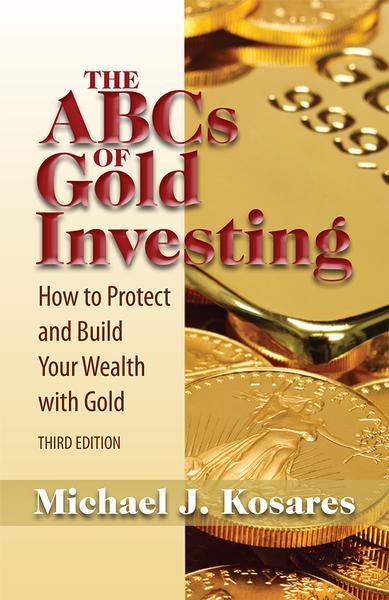 The Third Edition of this popular how-to takes into account the radical changes in financial markets and the economy in the wake of the 2007-2008 financial crisis. It tells why the official response did little more than pave the way for the next crisis – one that quite possibly could be more devastating than its predecessor and one that could be just around the corner.

At the core this edition of The ABCs of Gold Investing - How To Protect and Build Your Wealth With Gold picks up where the previous two left off. It details gold's importance in hedging unstable, unpredictable economic circumstances, and tells why historically gold has come to be accepted universally as the ultimate safe-haven and portfolio hedge.

Gold, in recent years, has already regained much prestige among the world's investors. This book, though, tells why this renewed primacy is only in its beginning stages.

Beyond the rationale for gold ownership in the modern era, this book serves as a fundamental guideline for those who wish to take the step of adding gold to their portfolios. Throughout, the author, who has over 40 years experience in the gold business, suggests practical guidelines for adding gold to your portfolio -- the who, what, when, where, why and how of private gold ownership.

Both earlier editions heralded new beginnings for the gold market. The first(1996) correctly predicted the early stages of gold's secular bull market. The second(2004) stressed gold's importance as an architect and defender of personal wealth in times of economic upheaval – an analysis that proved prescient three years later when the 2007-2008 financial crisis roiled markets. The current edition tells why the past has been little more than prologue for gold, why the atmosphere of crisis is likely to continue, and why the market for gold is likely to accelerate not just among private investors but among institutions, funds and central banks as well.

Michael J. Kosares has more than 40 years experience in the gold business. He is the founder and executive director of USAGOLD (both the website and gold brokerage service), the author of three books on the gold market, and the editor of "News, Commentary & Analysis," the firm's client letter. He has written numerous magazine and internet essays and is well-known for his ongoing commentary on the gold market and its economic, political and financial underpinnings.