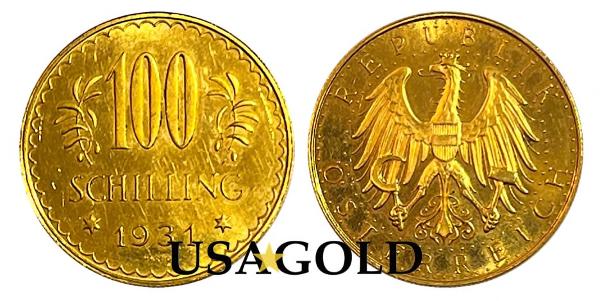 The Austrian 100 Schilling is one of the most extraordinary historic European coins in existence. In the historic era, coins featuring proof or proof-like finishes were not as commonplace as they are today. Only a few mints worldwide were willing to engage in the extensive (and expensive) minting process it took to create a proof finish (special dies and multiple strikes), simply so that its coins would be more beautiful - especially considering most coins being produced in that era were expected to be used as currency in general circulation. Given that fact, it should come as no surprise that a mere 392,472 Austrian 100 Schillings were produced from 1926-1934, making them one of the rarest European historic coin issues. Their original proof-like luster still shines in the Brilliant Uncirculated coins offered here, despite their nearly century-old age. NGC places a retail value of $1350 per coin in similar condition, making our price of roughly $950 per coin an exceptional deal by comparison.