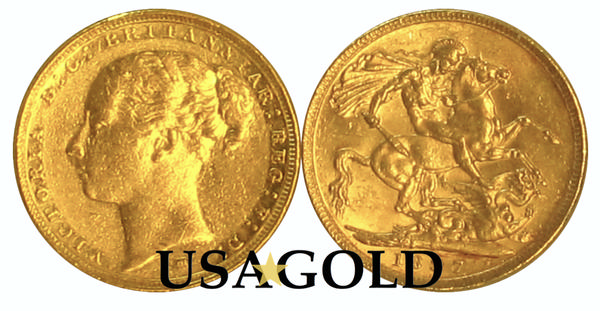 In a world where product availability is the tightest it’s been since the financial crisis, uncovering any deep pools of supply, much less something intriguing and elusive, is a tall order.  So you can imagine our excitement when one of our long standing market contacts reached out to us last week with an opportunity to secure the single largest batch of Young Head Victoria Sovereigns we’ve ever seen in one place.  Before we could even make it out of the week, we thought we had sold the entire position of 1000 coins.  Luckily a follow up call with our source this morning revealed another 500 coins socked away, that we snapped up immediately, and now make available as our May Special offer.

Consider that right now, the US Mint has suspended production of 1/4 ounce US Eagles, such that any dealers who have quantity to speak of are 18% over spot gold and higher.  Meanwhile, these lightly circulated (XF/AU+) coins from 1885 and earlier - that represent the oldest and scarcest among the readily traded standard issue Sovereigns, and share rank with other Sovereigns types (King George/Edward and later Queen Victorias) as the most widely recognized and liquid international coins - are offered here at just 16% over spot gold.  That’s a 2%+ discount from most market offerings for similar sized standard bullion coinage!  And for an added price point comparison, 4 of these Young Head Sovereigns cost exactly the same as a one ounce American Eagle ($1875 at the time of this posting).

Owing to their recognizability, Sovereigns were used in US soldier survival packs in both World Wars and as recently as the first Gulf War.  It was said that “The sun never set on the British Empire”, and the fact that Sovereigns were minted on every continent but Antarctica attests to the claim.  So it’s no wonder such a perfect storm of scarcity, negotiability and value would inspire the demand we’ve seen thus far, before we've even had the chance to publicly notify our clientele of their availability.  As such, we recommend decisive action if you have an interest, as orders will be filled on a first-come, first-served basis and are limited to current inventory of just 500 pieces. 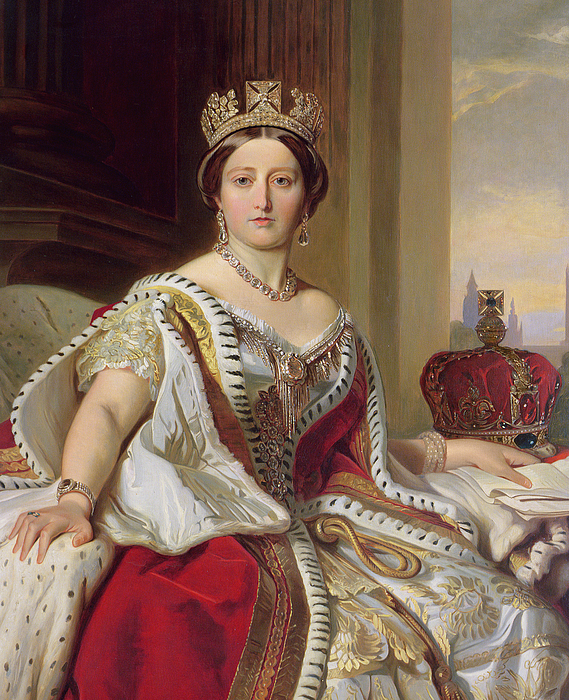 The Queen Victoria sovereign gold coins invoke a special nostalgia for a time when the British Navy ruled the seas, and the sun never set on the Empire. London flourished as the trading and financial capital of the world; Britain became the center of rapid technological innovation; and, India glittered as the Crown Jewel of the Empire. The gold Sovereign came to symbolize British financial solidity and to this day enjoys a strong international market, wide-spread recognition and strong liquidity.

The mints were pressed to keep pace with Queen Victoria's 64 year reign. Several different portraits were utilized beginning with the Young Head portrait (1838-1887), followed by the Jubilee Head design meant to commemorate the 50th year of Queen Victoria's rule (1887-1893) and finally the Veil Head design (1893-1901) which features the mature Victoria. All three designs display St. George slaying the dragon on the reverse. These Queen Victoria coins have lower mintages and are considerably scarcer than the King Sovereign issues of Edward VII and George V which followed.

The "Young Head" is offered for sale in quantity very infrequently, and holds rank as the oldest and rarest of the Sovereigns that can still be obtained at reasonable premiums?. NCG places a per coin suggested retail anywhere from $450-$600 for coins in similar condition to those offered here.