Due to their extremely short-lived mintage - just 3 years from 1849-1851 - the French Ceres is one of the hardest pre-1900 European coins to locate in quantity.  It consistently holds distinction as the least expensive pre-civil war antiquity on a per ounce basis - an unmatched opportunity for the gold investor seeking to combine historical intrigue and rarity with pure gold accumulation. 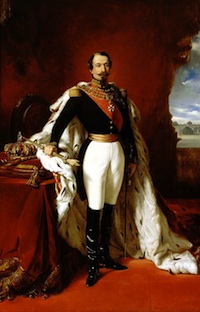 The story behind the French Ceres gold coins is quite interesting. They were the primary coin issued during the Second Republic of France, which was established after the Revolution of 1848 ousted Emperor Louis Phillipe. After establishing a constitution, Prince Louis-Napoleon Bonaparte, nephew of Napoleon Bonaparte, became the first ever President to be elected by universal suffrage in France on December 10, 1848. Interestingly, though, the gold coin representing this period in France's history does not bear the visage of Louis-Napoleon.

Rather, the coin's obverse is the allegorical figure symbolizing the French Republic, referred to as "Marianne". Her image is meant to resemble that of Ceres, the Roman goddess of agriculture, grain, and the love a mother bears for her child - hence the coin's name. Ceres was beloved for her service to mankind in giving them the gift of the harvest, the reward for cultivation of the soil.

The Second Republic ultimately lasted just three years. When it became evident the French Parliament would block President Louis-Napoleon Bonaparte's re-election bid in 1852, he promptly organized a coup in December 1851, seized power, re-wrote the constitution and declared himself emperor of France. Just like that, the Second Republic of France had ended, as did the mintage of the French Ceres gold coins.

In an interesting historical side note, Emperor Napoleon III claimed the throne of the Second Empire of France on December 2nd 1852, 48 years to the day after his Uncle, Napoleon I was crowned.