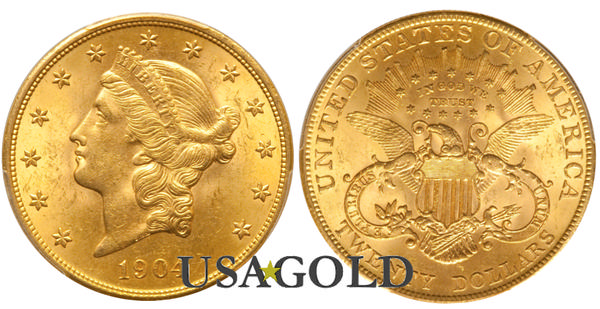 Investor Note: Due to opportunities in the historic US coin market to procure discounted volume groupings and date-specific options, all transactions and quotes for Brilliant Uncirculated $20 Liberties are handled via phone only. Please call with your inquiry.

One could argue that US. $20 Liberty Gold Coins are one of the best portfolio choices for asset preservation/safety-net oriented owners.  Owners seeking portfolio protection will appreciate the fact the these coins, while trending directly with the spot price of gold over time, also participate in the periods of premium expansion seen during ‘flight to safety episodes’ - the most recent of which occurred during 2008/09 financial crisis (see graphs below).  Such 'double-barrel' profit potential is only accentuated by the $20 Liberty's historic (pre-1933) designation and the associated insulation against the possibility of future government intervention.

Explaining further, $20 gold pieces are a unique combination of one of the safest and most liquid forms of gold ownership, but also potentially one of the most lucrative - specifically in situations that safe-haven investors describe as the scenarios in which they are most likely to rely on their gold positions.  For example, individuals who purchased BU $20 Liberties in May of 2008 would have enjoyed a doubling of their investment by December 2009, during which the gold price itself had only appreciated $250/oz.

Ironically, the current low in $20 gold piece premiums, measured against an arguably undervalued gold price, in the midst of a destabilized macroeconomic backdrop, are all reminiscent of early 2008 - an environment that proved to be literally the single best ‘buying opportunity’ in $20 gold pieces in the last decade. 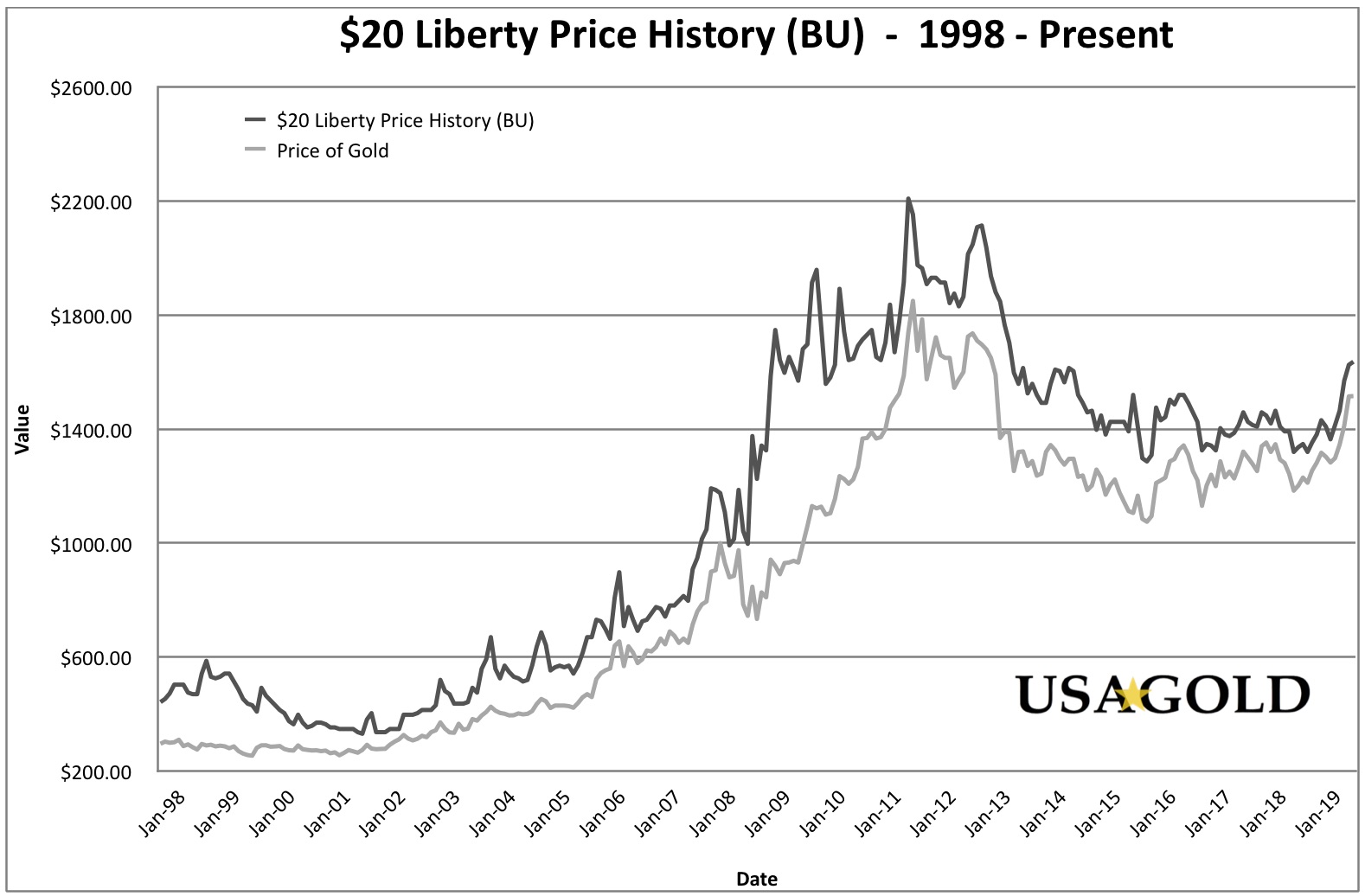 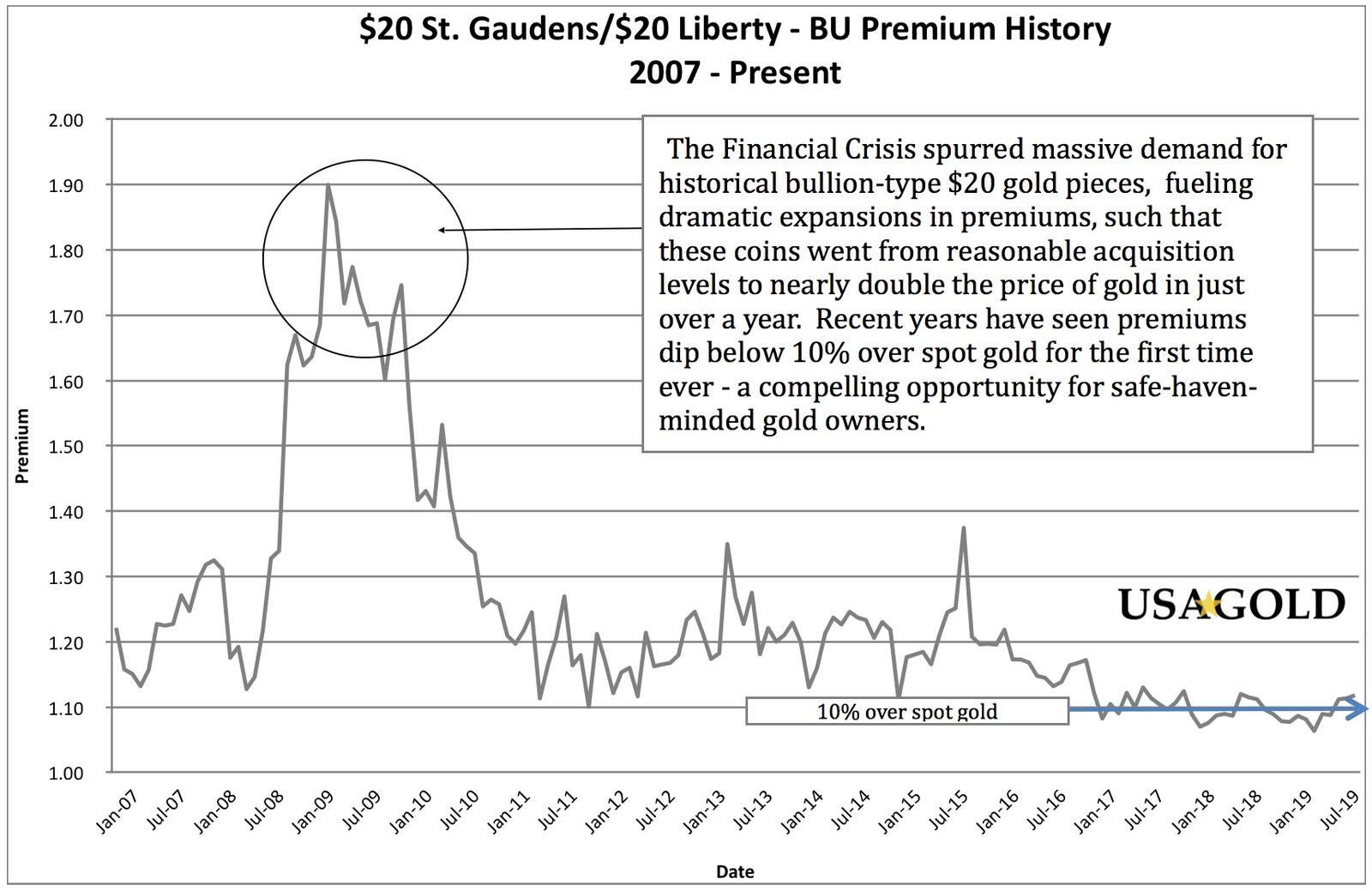